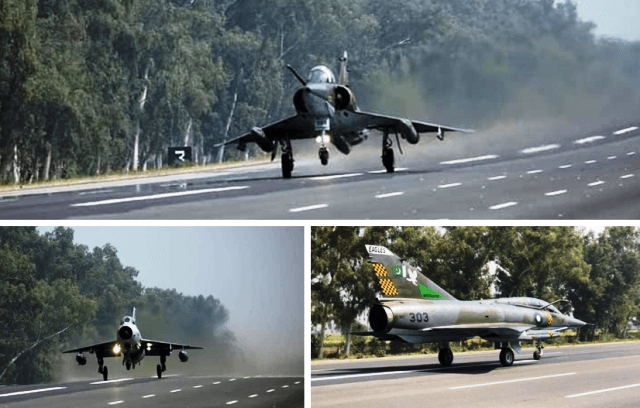 Pakistan Air Force Fighter Jet successful landing exercises on Lahore-Islamabad M2 Motorway. The Pakistan Air Force is fully capable of landing its warplanes on motorways after the runways of airbases. The jets displayed landing at designated points on motorway and highway while they were also provided fuel during the activity.